Kempten/Benningen. Since October 2021, we eventually have it back: After weeks of moving from Kempten to the new location of the Institute for Driver Assistance and Connected Mobility (IFM) in Benningen, the dynamic driving simulator is back in operational use. The simulation team of the Adrive research group took the opportunity to implement an extensive upgrade. The result: a significantly larger and more powerful visualization, more room to move, increased performance and a wider range of applications in the field of driving dynamics, driving comfort and automated driving.

When it was decided to move the institute to the new location in Benningen, there was of course no doubt: the institute’s showpiece, the AB Dynamics dynamic driving simulator (based on the simulator of the British Formula 1 team Williams Racing), had to move with it! In November 2020, plans for the relocation began to take shape. As larger premises were now available, particular emphasis was placed on the technological upgrade of the driving simulator during this phase.

In mid-June 2021, the first concrete preparations for the setup in Benningen were started: First ground preparations, as well as the installation of the new and significantly larger screen followed in the coming weeks. In July, the control cabinet also moved to Benningen and the complete simulator was dismantled in Kempten. At the end of the month the big transport of the driving simulator to the new premises of the IFM took place. At the beginning of August, the transport was completed, and it was time to set up and reassemble the simulator. Step by step, the simulator was built up and put into operation in its new home.

Comparing the driving simulator’s old with its new environment, you will immediately notice numerous new features and upgrades. The new screen has grown from 7.5 m*2.9 m*210° (diameter, height, circle segment) to approx. 9 m*4 m*250° – the area has thus increased by a whopping 100%. Seven latest Barco FL40 projectors now offer 240 Hz, twice the frame rate of their four predecessors. Together with new, more powerful graphics computers, the VIOSO Blender technology gives the environment simulation rFpro a dynamic and brilliant look. Initial feedback from test drivers and test subjects indicates that the upgrade is noticeably less tiring on long test drives and less prone to motion sickness.  The larger projection now allows to further exploit the movement space of the rail system. In addition, the control station has now been moved to the 1st floor. This allows a perfect view of the action of the driving simulator and at the same time creates space for a rear projection to realize a 360° visualization.

Since then, the IFM and its project partners from the automotive industry have been able to collaborate on a wide range of applications in the fields of driving dynamics, driving comfort and automated driving. Whether it is a matter of test drives by experts such as tire test drivers, steering applicators, chassis developers or test subject studies, the driving simulator offers the optimal conditions for this. 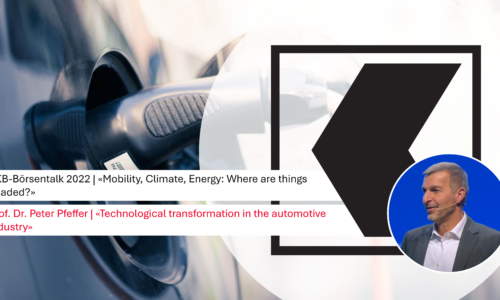 Automotive technology, change and transformation in the automotive industry